This article is Part 1 in a series on fake reviews.

You’ve probably read a fake review at some point in the past month. A recent study from the Washington Post found that more than half of Amazon reviews for products in certain categories, like Bluetooth speakers and weight-loss pills, may be untrustworthy.

But just because you know some of what you’re reading is fake, that doesn’t mean you can correctly identify which reviews to ignore. A Brightlocal survey found that while 79% of US consumers believe they’ve read a fake review in the past year, 84% believed they couldn’t always spot which reviews were fake. With so much consumer uncertainty, it’s all the more important for businesses to identify which negative reviews are fake so they can get them removed and maintain an accurate online reputation.

Watch out for these 12 telltale signs of a fake negative review.

1. Reviewers who have only posted one business review

In other cases, the fake “reviewer” may have posted multiple local business reviews, but all for companies in the same competitive space and with no more than one positive rating. This is a sign that the positively-rated company is trying to boost its ratings above all its competitors.

2. Vague negative details about the product or service

Many fake reviewers haven’t taken the time to familiarize themselves with the product or service they’re reviewing. Since they don’t really know what they’re talking about, they often write vague reviews that lack tangible details.

A genuine reviewer might complain that a cleaning company failed to properly vacuum their floors. A fake reviewer might say something like, “Worst cleaning service EVER!” and provide no reason for this assessment.

If the reviewer doesn’t seem to understand what your organization does, mentions services that don’t exist, or shows no indication of having used the product or service, their negative review is probably a fake.

Research from Cornell University found that many fake reviewers try to “set the scene” with storyline details that aren’t directly relevant. For example, they are more likely to include details about their lives and bring up supposed family members.

Truthful reviews are more likely to stick to concrete details directly related to the product or service. If the review stays focused on direct complaints, it’s much more likely to be real.

4. A spike in negative reviews

If you get a sudden burst of negative reviews in a short timeframe, that may be a sign that someone is pushing fake reviews out in bulk under different accounts. Most fake reviewers are looking for immediate results, so they don’t bother to space out their negative ratings over a more realistic timeframe.

Fake reviewers generally don’t want to put extra time into their fake reviews. They often choose minimal effort names that don’t sound real. In some cases, they may even have a little fun with their fake names and choose something that sounds like a joke.

Again, most fake reviewers don’t want to put any more time than necessary into their profiles. While a photo-less profile does not necessarily mean the reviewer is fake, very few negative reviewers will bother with a profile picture.

Professional reviewers are people who are paid to review products and services. In many cases, they are given the product for free in exchange for writing a five-star review. Most of these reviewers are writing semi-fake positive reviews to boost their employer’s ratings. However, some professional reviewers will also detract from their employer’s competitors by writing fake negative reviews.

If you see a profile of a reviewer who seems to primarily write detailed five-star reviews, they may be a “bought” reviewer. Another sign of a fake is a reviewer who has done a lot of reviews for products owned by the same company.

Local business reviews that frequently make use of “I” and “me” are more likely to be fake than reviews that don’t. When people are lying, they may unconsciously try to make themselves sound more credible by using personal pronouns to suggest sincerity and truthfulness.

The same Cornell research that found fake reviewers are more likely to “set the scene” with irrelevant details, also found that fake reviewers often use more verbs than legitimate reviewers. If the review includes plenty of nouns, that’s a sign that the review is real.

Fake review writers often seem exaggeratedly angry, especially when writing local business reviews. When legitimate reviewers write negative reviews, they are more likely to use a moderate or disappointed tone. Fake reviewers, on the other hand, want to detract from the company as much as possible and will often write something extremely angry-sounding.

If you see a lot of exclamation points and all caps, that may be a sign that the review is fake. This is especially true for reviews that are extremely negative but fail to mention what was wrong with the product, as in “These headphones are TERRIBLE!!!”

Verified reviews are far more likely to be real. If you receive negative feedback via a verified review, you should probably assume it’s from a legitimate reviewer.

Most of the time, reviewers who have a legitimate negative experience end up giving 2- or 3- star online ratings since they also see the positive aspects of the product. Fake negative review writers just want to penalize the company they are reviewing, so they are unlikely to write middle-rating reviews with mixed feedback.

Cross-check the feedback in moderate-rating reviews with what you see in negative reviews you suspect are fake. If the reviewers make wildly different complaints, it’s quite possible you’re looking at fake reviews.

If you’ve reviewed these 12 signals and you’re still not sure whether a review is fake, you can reach out directly to the reviewer with questions about their feedback. Most fake reviewers will not respond. Real reviewers, on the other hand, often appreciate opportunities to be more helpful.

No matter if a review is real or fake, this is a great opportunity to reply to the reviewer and try to help. Offering a solution or even just an apology can drastically change the way someone thinks about the experience, often resulting in adjusted reviews. If the review was fake, your kind reply will at least show the public that you are willing to help and make things better for your customers.

One of the best ways to combat fake reviews is to make sure they’re outnumbered by real ones. By using an online review management tool like Kudo, you can easily request more reviews from customers you know are real and get in touch with unhappy customers to fix any issues they may have. With Kudo, you can transform your online reputation in just a few minutes a day. Learn more about us here or GET IT FOR FREE >

Take Control Of Your Online Reviews

Kudo is the forever FREE tool that helps you get more positive reviews and fewer negative reviews in just minutes per day.
Start now. Its Free. 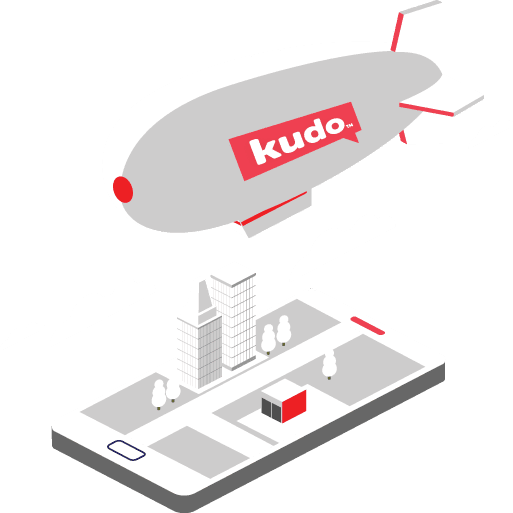